The Board of Directors of Western Magnesium requested the resignation of DMCL and appointed Withum as the Company’s independent registered public accounting firm effective May 20th, 2022. Withum will conduct the audit in accordance with the standards of the Public Company Accounting Oversight Board (“PCAOB”) (United States).

Sam Ataya, Executive President & CEO, remarked “Western Magnesium is prepared to take the global stage as a major producer of critical metals, an innovator of deeply disruptive industrial technology, and a beacon of the perseverance and ingenuity that drives the great American dream.” He continued by saying “the engagement of a leading global audit firm is yet another important milestone in our remarkable journey and will allow us to work toward a NASDAQ listing this year, accompanied by investment from major institutional American capital.” 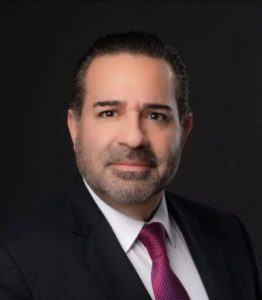 Ramsey Hamady, CFO, continued, “We welcome the opportunity to work with a leading advisory, tax, and accounting services firm. This appointment is another shining example of our continued efforts to engage best-in-class partners and service providers, and to ensure the highest level of corporate transparency to all stakeholders.” He further remarked that, “Senior Management spent considerable time on the selection process, and strongly believe we made the best decision for our shareholders.”

The Board would like to express its sincere gratitude to the DMCL team for their professionalism and quality of services rendered to the Company over the past eight years.

There were no reservations or modified opinions in DMCL’s reports on the Company’s financial statements during the period that the Former Auditor acted as the Company’s auditor. In addition, there are no reportable events, including disagreements, consultations or unresolved issues (as defined in National Instrument 51-102 – Continuous Disclosure Obligations (“NI 51-102”) between the Company and DMCL.

Western Magnesium’s goal is to be a low-cost producer of green, primary magnesium metal, a strategic commodity prized for its strength and light weight. Unlike outdated, costly, and highly polluting production processes, Western Magnesium intends to use a continuous silicothermic process to produce magnesium, which significantly reduces labor and energy costs relative to current methods and processes, while being environmentally friendly. 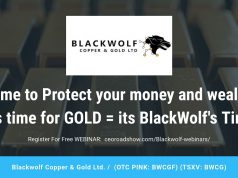 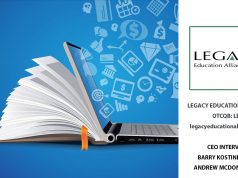 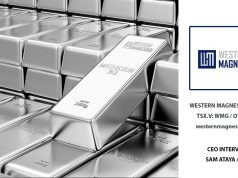 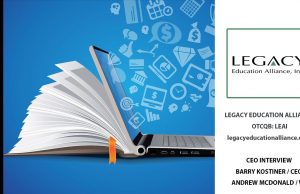 CEORoadshow Interviews
In this episode of CEORoadshow, we are joined by Barry Kostiner, Chairman & CEO of Legacy Education Alliance, as well as their Executive VP,...